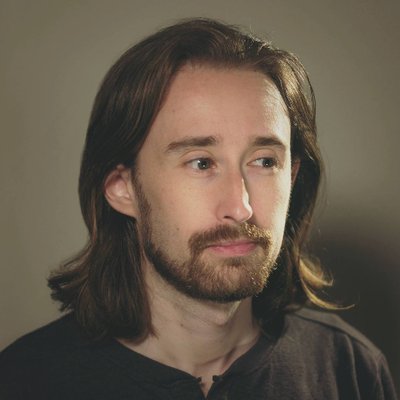 Hi! My name is Matthew and I am a electronics and software engineer, recording musician, and proprietor of Extralife Instruments. I enjoy all things D.I.Y. and have lived in San Francisco since 2011. On this website I share some of my projects. You can find some of my hardware, software, music, and videos below.

Data/Debt was my primary musical project for about 5 years. Combining dark techno synths, french house sampling techniques and disco rhythms. I released 2 EPs and a spate of singles and remixes with Heavy Disco Records and others.

Muxcloud is a lightweight Soundcloud client, named after the late, great Muxtape, a progenitor of many streaming websites that followed. I built it both to serve my own interest as a user and as an exercise in learning React. It allows a user to connect their Soundcloud account and then listen in to their feed with a custom dashboard. Muxcloud adds power-user features like filtering your feed for reposts, remixes, and long sets, allowing bloggers and others to find new music without digging through endless reposts.
END_OF_DOCUMENT_TOKEN_TO_BE_REPLACED
March 2016 / Projects

Xylobox is an open-source wavetable synthesizer built on the Axoloti prototyping platform. It was my first foray into electronics hardware and instrument design. It kick-started my interest in electrical engineering as well as sparking some interest in the Axoloti platform.

The APC Mono Sequencer is a maxforlive device which combines Cycling 74’s sequencer device with a dedicated hardware interface to Ableton’s APC40 controller. It combines a grid-based step sequencer with encoder controls for the attributes of each note.

The skills that an artist needs to make a great single aren’t always the same as those needed for an album of equal caliber. Ideas which on one song may be endearing can grow grating over the length of an LP, and the rich vocabulary of a track can be become repetitive if used in too many variations. An artist who excels at albums is possessed of boundless creativity and a strong desire not to repeat oneself, while at the same time obsessed by a single idea of sufficient depth to bind such a work together. Their creation is quasi-mystical, and when the creator emerges at last from the desert of their artistic exile bearing in hand such a golden record, they are often just as mystified about whence it came as we are.

It’s time to kick back with the year’s finest remixes, reworks, and bootlegs. Sometimes a great song demands a second opinion, sometimes a producer is just too obsessed with a track to ignore it. These artists proved their capability and went beyond their task as engineers to produce something new and uncover a hidden part of their source material.